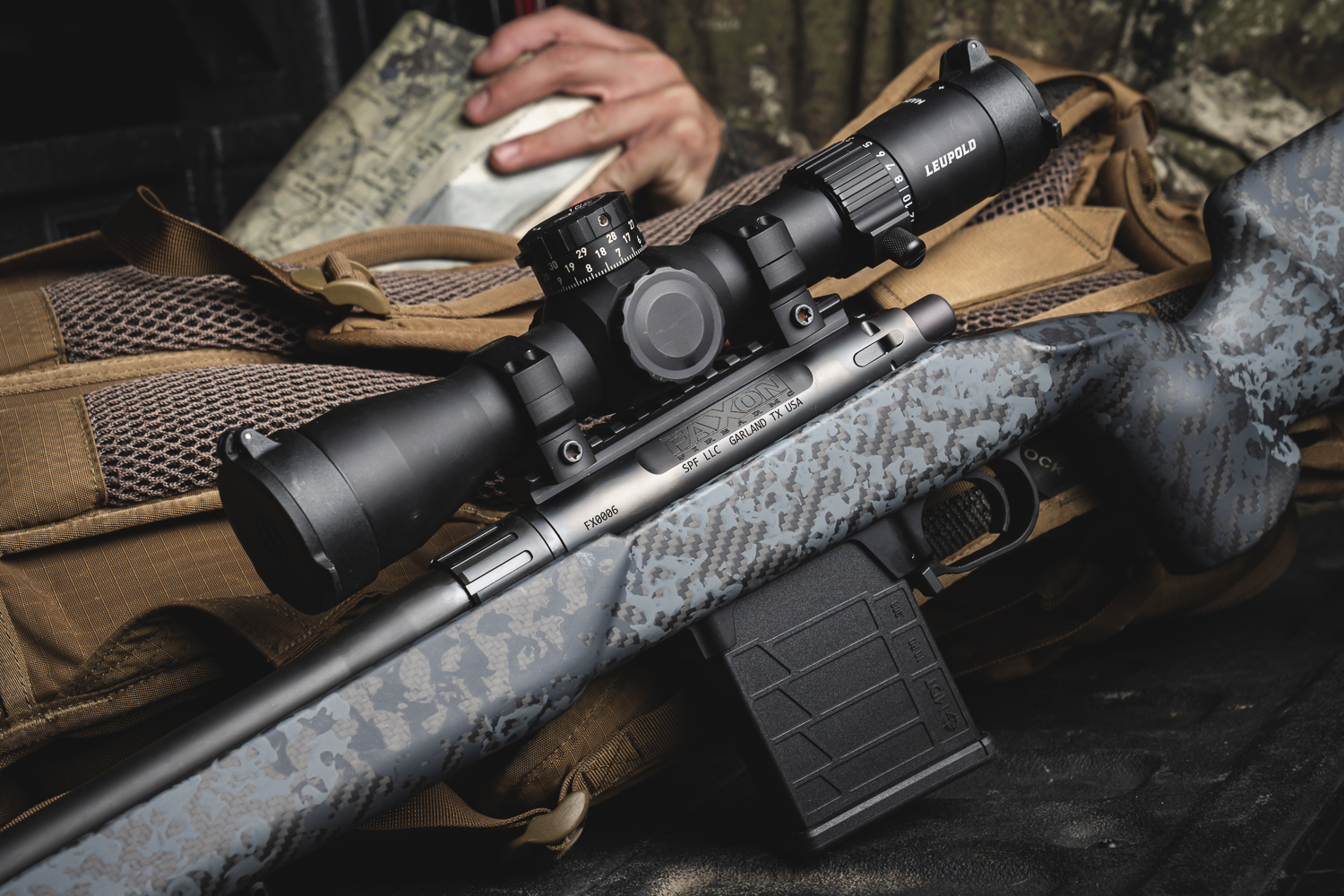 Not content with merely making barrels for the new 8.6 Blackout, Faxon Firearms has recently released the Overwatch rifle series, looking to combine top-quality bolt-action rifle building with the 8.6 Blackout caliber. Today we’re breaking down the two versions of the Overwatch Tactical.

The Overwatch is available in a more traditional style with the Overwatch Hunter, as well as two flavors of chassis built in the Overwatch Tactical, in a 16″ barreled rifle and a 12″ barreled/braced pistol.

The features and specs of the Overwatch Tactical 16″ bolt-action rifle.

The 12″ Faxon Overwatch Tactical Bolt Action in 8.6 BLK provides modern modularity and attachment capabilities while retaining the classic bolt action experience but in a smaller package.

The 12″ on display showcases its feature and specs.

Stiller Actions has been making premium quality rifle action based on the Remington 700 for years. With customers hunting in the woods, competing at the range, and chasing down enemies of America, Stiller Actions is well known to those who demand quality.

The first thing you’ll notice with the Tac 30 action is how amazingly smooth the bolt rides when you run it back and forth. But, of course, you can thank Stiller’s proprietary, double-layer coating for that.

The Timney Elite Hunter 510-V2 is one of the best triggers on this earth. Zero creep, sharp break; it’s perfection in tangible form.

The Differences Between The Overwatch Tactical Rifles

There are two primary differences between the Overwatch Tactical 12″ and 16″. First, besides the barrel length, the rifle has a buttstock, while the pistol has a stabilizing brace.

First, let’s talk barrel length. Next, a look at the preliminary load data for 8.6 Blackout, as provided by Faxon and Q.

The difference between 12″ and 16″ with Barnes supersonic 160gr is only 150 fps. With Sierra’s 300gr subsonic round, the difference is about 40 fps. With 8.6 Blackout optimized for performance in short barrels, there’s little difference. Instead, the barrel length (and corresponding brace/stock) is more about personal preference and legality. For example, in some states hunting with pistols is outlawed, regardless of caliber.

There’s also the matter of comfort and terrain. If you’re on the shorter end, you’ll probably opt for the 12″ barrel. This is also true if you spend more time hunting in densely wooded areas.

But if you’re more of an ent who likes hunting in wide open spaces, that modest performance gain in the 16″ barrel combined with the more adjustable B5 stock makes a better platform for most.

Regardless of which barrel length you prefer, it’s clear that Faxon Firearms is swinging for the 8.6 Blackout fences with the Overwatch Tactical and Overwatch Hunter.

Firearms and Accessories No Comments

Bud Boomer is a former American Sheriff from Niagara County who doesn't like Canadian beer but does enjoy wearing flannel. After many years in law enforcement, followed by a few rotations overseas as a contractor with Hacker Dynamics (on the same PSD team, he's proud to say, as Bert Gummer, Tom Evans, and Walter Langkowski). He was an avid outdoorsman at one time, and will still sleep on the ground if he has to, but nowadays would prefer to stick to day hikes and climbs and sleeping indoors where it's comfy and warm. He has been hopelessly lost in the Canaan Bog at least half a dozen times, but still enjoys practicing land nav there. Bud believes anyone who eats poutine râpée is either a commie or stupid.